Given all the knowledge to date obtained about Bigelow Aerospace Superior Area Research (BAASS) and the Superior Aerospace Weapon System Purposes Program (AAWSAP); the info contained within the 2021 guide “Skinwalkers on the Pentagon;” and the latest launch of related Protection Intelligence Company (DIA) paperwork, I believed it was time to try to timeline this, for my very own understanding. I’ve not included all the BAASS merchandise delivered to the Protection Intelligence Company, as listed within the rear of “Skinwalkers on the Pentagon,” as we’ve not but obtained copies of most of those merchandise.

Though no US authorities funding was obtainable, it has been mentioned, in some sources, that Robert Bigelow self-funded BAASS to proceed past 30 September 2010. As will be seen beneath, some BAASS workers stayed on past 21 December 2010.

* 1 October 2010 – BAASS contract prolonged till 21 December 2010 without charge to US authorities (Skinwalkers on the Pentagon.)

* July 2011 – 30 September 2011 -Science and Know-how space of DHS works with BAASS on a proposed new BASS-like program however inside DHS.

* 1 October 2011 – 31 December 2011 – Science and Know-how space of DHS works with BAASS on a proposed new BASS-like program however inside DHS. 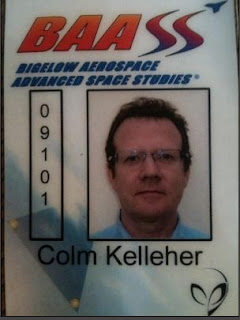 * FY12 – no definitive date – “For FY12 DIA management had tried to switch this system throughout the DOD, however with out success.” (Skinwalkers on the Pentagon.)